Managing the threat of asbestos in schools

The threat from asbestos is growing. Worryingly, this is particularly apparent in Essex. Recent stats released by the Office for National Statistics show that Castle Point and Brentwood have almost double the national average of asbestos-related deaths.

Asbestos was used within construction for many years due to its qualities of strength, sound absorption and fire resistance. However, the health dangers associated with asbestos have been known for a long time and as a result the material was banned in 1999. Unfortunately, many commercial and residential buildings built between the 1950s and 1980s contain the material. This is particularly the case within schools, many of which will now be in a state of deterioration, which makes the issue all the more pressing.

The occupations most at risk from suffering the health dangers related to asbestos are those that come into direct contact with the material on a daily basis. This is mainly tradespeople such as plumbers, electricians and plasterers. However, other professions not usually associated with exposure to asbestos are also feeling the effects. An average of 17 teachers a year are now dying from mesothelioma, a type of lung cancer caused by exposure to the material. The overall number of deaths related to asbestos is expected to peak in 2018.

The threat of asbestos in Essex schools is well-demonstrated in a story from earlier this year, when one Chelmsford school was ordered to pay £46,000 for exposing its caretaking staff to asbestos during a poorly planned refurbishment of an old boiler room. The investigation, which was conducted by the Health and Safety Executive, found that the school building had been disturbed over a number of years by both caretakers and contractors who weren’t alerted to the presence of asbestos. As a result, anyone who entered the contaminated areas was placed at risk of developing a serious health condition.

The school failed in its duty to control the risk by failing to identify the type, location and condition of the materials containing asbestos. This meant that no precautions were put in place to prevent its disturbance. This simple but important step would have gone a long way in managing the threat posed.

The dangers from asbestos are at their greatest when a thorough risk assessment has not been completed. Whilst the only way to be absolutely sure that a building is free from the risks associated with asbestos is by having it removed by a trained professional, imparting the appropriate information, instruction and training to anyone at risk of coming into contact with it is an important part of managing the threat. This is highlighted in The Control of Asbestos Regulations 2012, which introduced new safety standards which ensure that anyone likely to be exposed to fibres during their work has appropriate training.

To prevent similar occurrences of the school case mentioned above, there should always be strict health and safety procedures in place to deal with the threat. At Davis Construction we have established rigid procedures in relation to the removal and disturbance of asbestos, whether it’s in a school project, healthcare build or residential development.

Every member of our team is qualified with an Asbestos Awareness Certification, and we also ensure that any subcontractors that we work with are trained to these exacting standards. The real key, however, comes in completing an extensive R&D survey before any work begins. This stage allows any potential threats to be detected before they can become a danger when work should proceed.

Through approaching the issue of asbestos in a responsible and professional manner, the dangers associated with this troubling material can be managed appropriately and the risks mitigated.

At Davis Construction we have a number of successful school builds under our belt throughout Essex, London and the South East. If you would like to discuss a build or learn more about our techniques in managing the threat of asbestos in schools, then please contact us at info@davisconstruction.co.uk. You can also keep up to date with our current projects and company news via Facebook and Twitter. 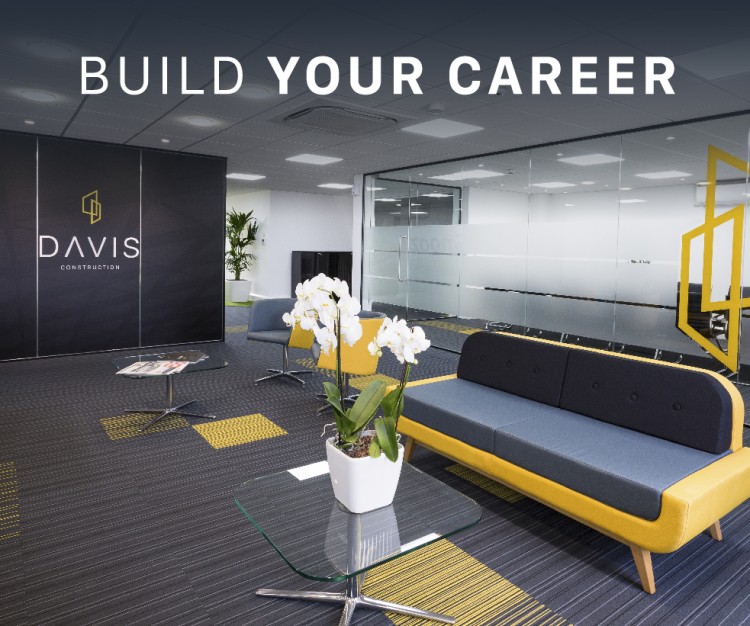 We're looking for a practical and logical Finance Administrator to join our team with the knowledge, experience and ability to assist our Finance Manager with day-to-day tasks.

This project saw the conversion of a 38,000 sq. ft commercial building into residential accommodation comprising 94 one and two bedroom apartments.